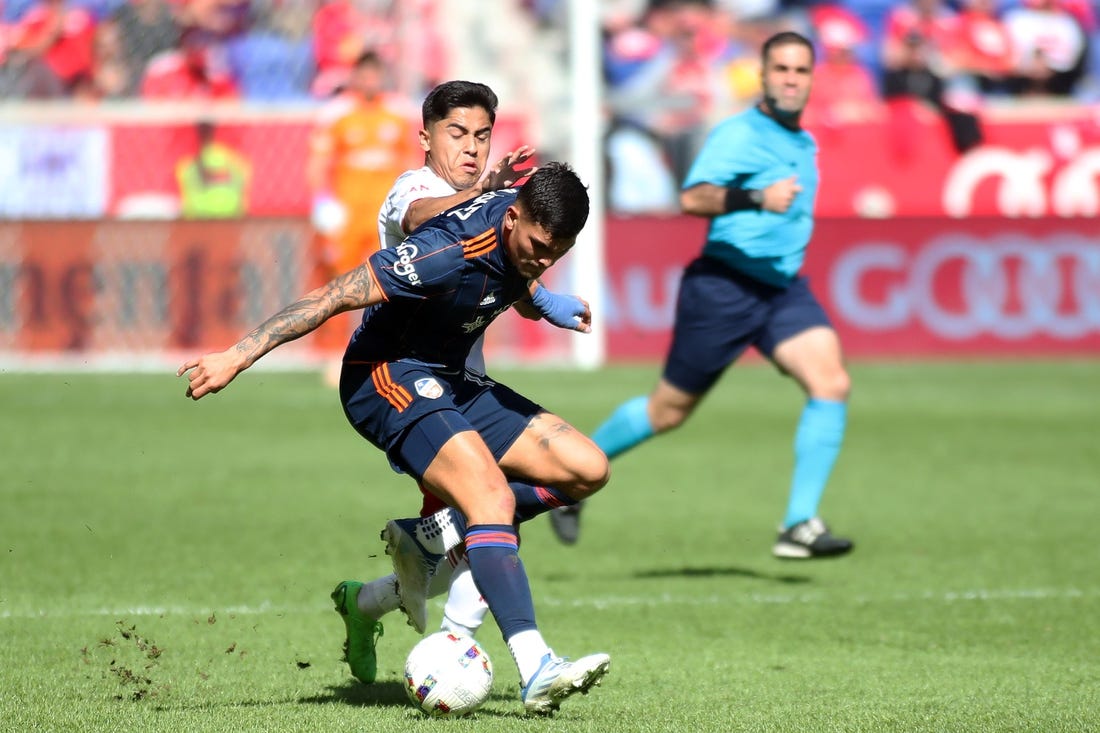 Brandon Vazquez scored the tying goal in the 86th minute and visiting FC Cincinnati rallied for a 2-1 victory over the New York Red Bulls in their first-round MLS Cup playoff game in Harrison, N.J., on Saturday afternoon.

The fourth-year club will face the top-seeded Philadelphia Union in the Eastern Conference semifinals on Thursday after finishing in last place during their first three campaigns.

After scoring 18 goals during the regular season to tie for the team lead, Vazquez took advantage of a late New York defensive breakdown to send FC Cincinnati into the next round.

Red Bulls’ Dylan Nealis was beaten on the right by Sergio Santos, who replaced star Brenner in the 67th minute. Santos spotted an uncovered Vazquez sprinting down the middle of the field, and the star forward scored easily after firing a right-footed shot past New York goalkeeper Carlos Coronel.

Luciano Acosta equalized on a penalty kick in the 74th minute for FC Cincinnati.

After a scoreless first half, Red Bulls’ Lewis Morgan struck early in the 48th minute. Morgan was also injured after the hit and did not play the rest of the match.

New York lost in the first round for the fourth straight season and stumbled in its first home postseason game since 2018.

Cincinnati goalkeeper Roman Celentano made six saves, including stopping Aaron Long and Sean Nealis’ headers in the dying minutes before the game resumed with 12 minutes of stoppage time.

Celentano then stopped Patrik Klimala in the fifth minute of stoppage time, and New York were unable to score from a free-kick five minutes later when John Tolkin’s shot flew high over the bar.

Morgan gave the Red Bulls the lead when he gained possession after racing in front of the net. From outside the penalty area, Morgan fired a right-footed shot into the top right corner of the goal.

After scoring his first career MLS playoff goal, Morgan was injured in the ensuing celebration and was replaced by Dylan Nealis. He ran into the corner after the goal and appeared to feel uncomfortable when a teammate jumped on his back to celebrate.

Cincinnati had a goal disallowed in the 61st minute when video review ruled Jeff Cameron was offside.
In the 72nd minute, Cincinnati’s Alvaro Barreal was fouled by Elias Manoel, and two minutes later Acosta converted a penalty by sending a right-footed shot into the right side of the goal as Coronel headed in the opposite direction.