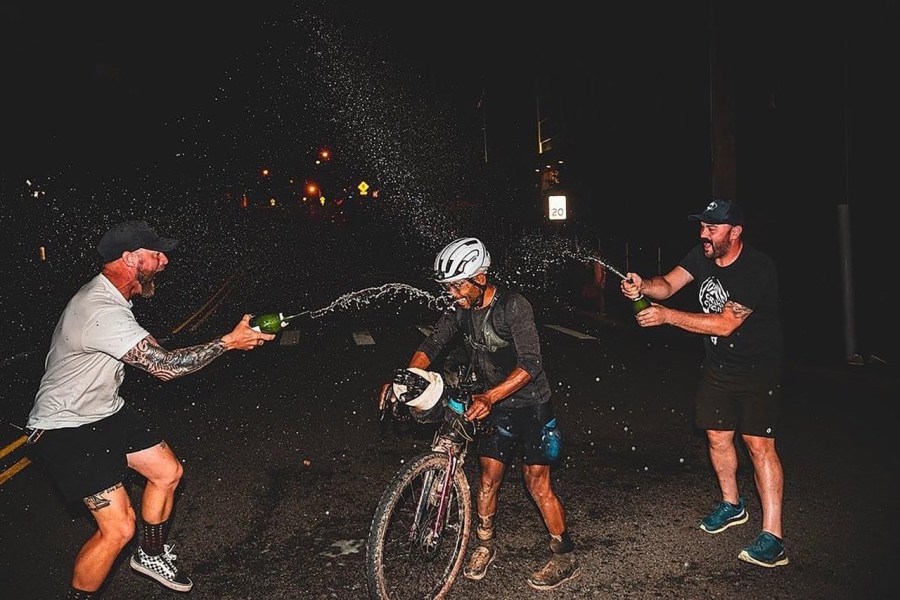 Bentonville resident Ernie Lechuga covered all 1,000 miles of the course in just under 4 days, 14 hours and 13 minutes, breaking the previous record.

All 1,000 miles of the AHCR route, one of three that cyclists could choose from, begin and end in Hot Springs.

Lechuga, adding that he only slept 6 hours during the 4-day race, said: “It was a perfect ride, everything that could go wrong did go wrong.”

The 1,000-mile course followed a mountain trail that had over 75,000 feet of elevation gain and covered most of western Arkansas

Many of Lechuga’s friends and fans, including Hot Springs Mayor Pat McCabe, were there to see him cross the finish line.