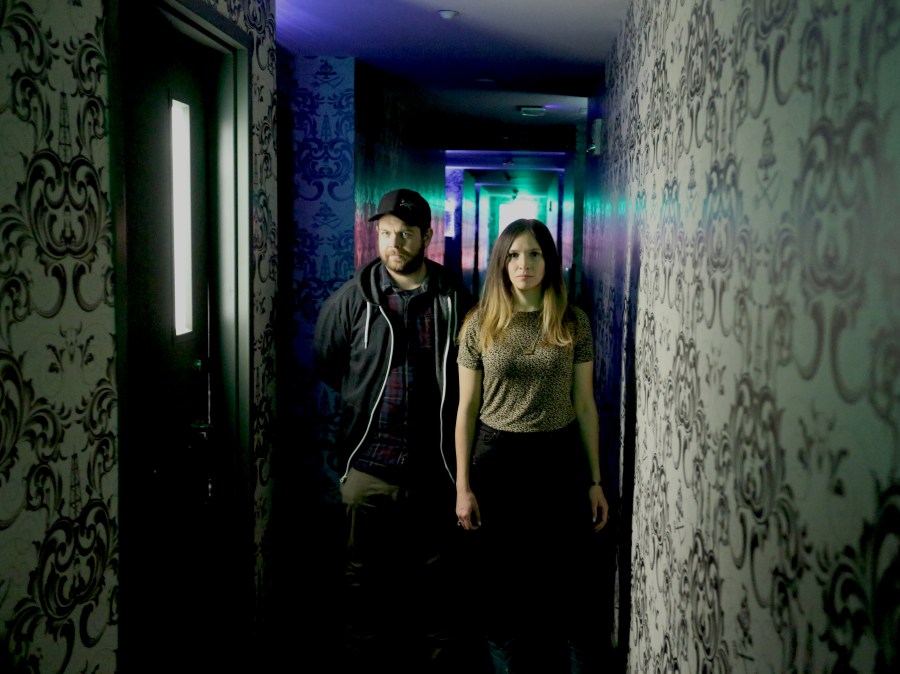 BAKERSFIELD, Calif. (KGET) — Bakersfield is in the national spotlight as the Discovery+ series “Portals to Hell” investigates the strange goings-on around the Padre Hotel. The series on the streaming service — hosted by paranormal investigators Jack Osbourne and Katrina Weidman — featured stops across the United States at places historically considered haunted.

For decades, there have been stories of mysterious figures walking the halls of downtown, strange noises in the night, and a strange painting in the lobby that looks like a handprint left by a little girl. That was enough to put the hotel on the show’s radar.

Normally, the Padre Hotel would be too busy to accommodate a 14-man crew wanting to sweep the building and set up cameras to capture any paranormal activity. In December, there was an opening for such a trial by the Portals of Hell team due to the slowdown caused by the pandemic.

Osbourne sets the tone for the show when he and fellow investigator Heather Taddy (who is filling in for co-host Katrine Weidman in this investigation) arrive at the hotel.

“It looks like the cover of a horror movie poster,” says Osbourne. “It reminds me of ‘The Shining’.”

Their three-day investigation begins with a tour of the building led by Jennifer Johnson, the hotel’s manager. Johnson recounts stories from guests and staff members of a strange and inexplicable nature. Several staff members talk to Osbourne and his team about the strange things they’ve seen and heard over the years.

The first day ends with Osbourne checking into a room on the eighth floor and Taddy one floor below him. Guests staying in a room on the seventh floor reported what sounded like furniture being moved into Osbourne’s room when there were no guests there.

After Osbourne’s restless night, the team sets to work involving extensive research, a battery of scientific equipment and specialists that in the case of the Padre Hotel include psychic Sarah Lemos.

Research into the hotel shows a dark past since it opened in 1928 that includes at least two suicides that occurred in 1977. One was a woman who threw herself from the top of a building, and the other was a man who shot himself while taking a bath.

Lemos is drawn to several locations in the hotel, but admits he’s nervous about visiting the rooftop. Her anxiety is triggered when she hears the word “jump” or “kick”.

After Lemos leaves, the team begins an investigation that includes cameras placed throughout the building. Both Osbourne and Taddy take turns visiting parts of the hotel. What they discover over the next two days forms the final act of the program.

It would spoil any surprise to reveal what happened during that time except to point out that Osbourne calls his time at the Padre Hotel “a big investigation.”

How much viewers see of this journey through the Bakersfield landmark depends entirely on their perspective when it comes to the supernatural. Those who believe things go down in the night will be more attuned to the investigation.

If you’re not a believer, then the episode – and indeed the entire series – can be dismissed like many programs that delve into the world of the supernatural. All this can be explained as the power of suggestion, a natural phenomenon or a little Hollywood trick.

In any case, the program is a very positive piece of publicity for the Padre Hotel. Those interested in the supernatural have shown a fascinating lure into a world of some strange possibilities. A handprint in the lobby is really enough to create interest in a visit.

Those who view all of this as a bed get a detailed look at just how nice a stay at the Padre can be. Anyone who lived in this town long enough to know it before the renovations can attest that the current Padre is a vast improvement over what it was in the past.

Either way, a visit from the “Portal to Hell” crew should scare some business into the Padre Hotel.

“Portals to Hell” is now streaming on Discovery+.