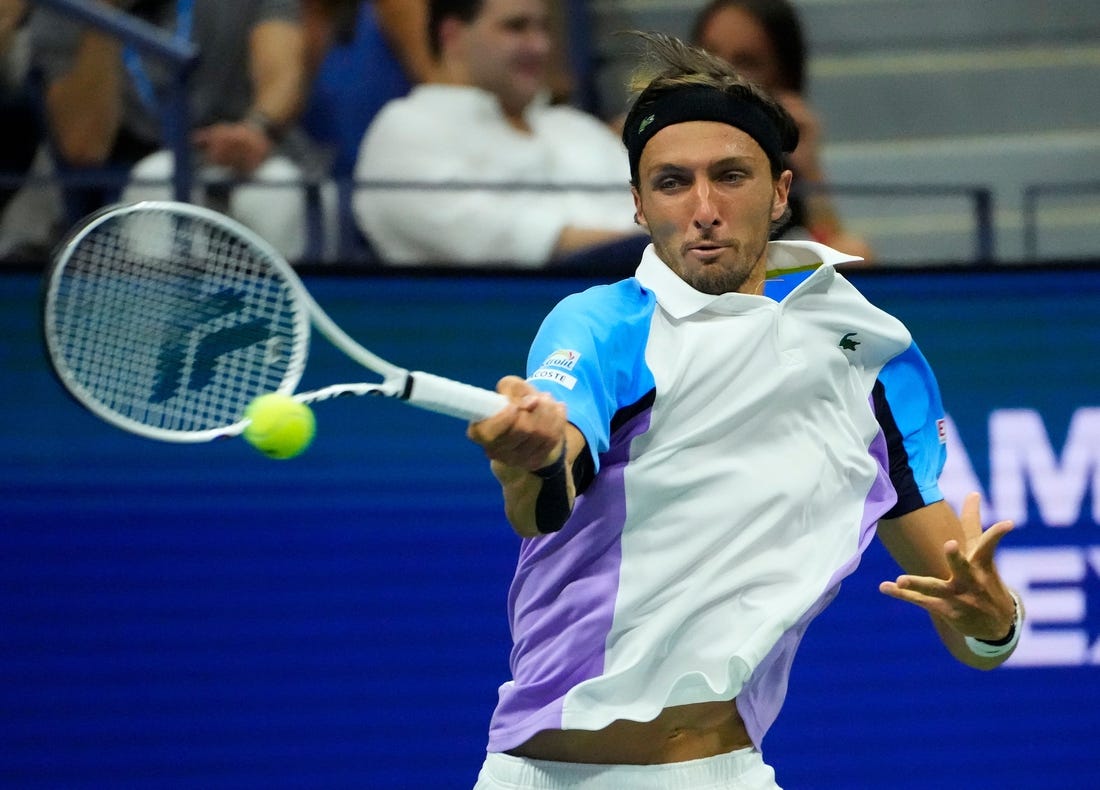 France’s Arthur Rinderknech saved nine match points as he cruised past second seed Pablo Carreno Busta of Spain 4-6, 6-3, 7-6 (16) to reach the semi-finals of the Gijon Open in Spain.

Rinderknech saved two match points while trailing 5-4 in the third set and later saved seven during a marathon tiebreak. He will next face Sebastian Kord, who defeated Britain’s Andy Murray 6-4, 1-6, 6-1.

JJ Wolf recorded 10 aces and one double fault as he posted a 3-6, 7-5, 6-1 victory over seventh seed Aleksandr Bublik of Kazakhstan to reach the semifinals in Florence, Italy.

Bublik had 19 aces, but was hurt by 15 double faults. Wolf will next play Swedish qualifier Mikael Ymer, who defeated Roberto Carballes Baen of Spain 6-4, 6-2 in his quarter-final match.