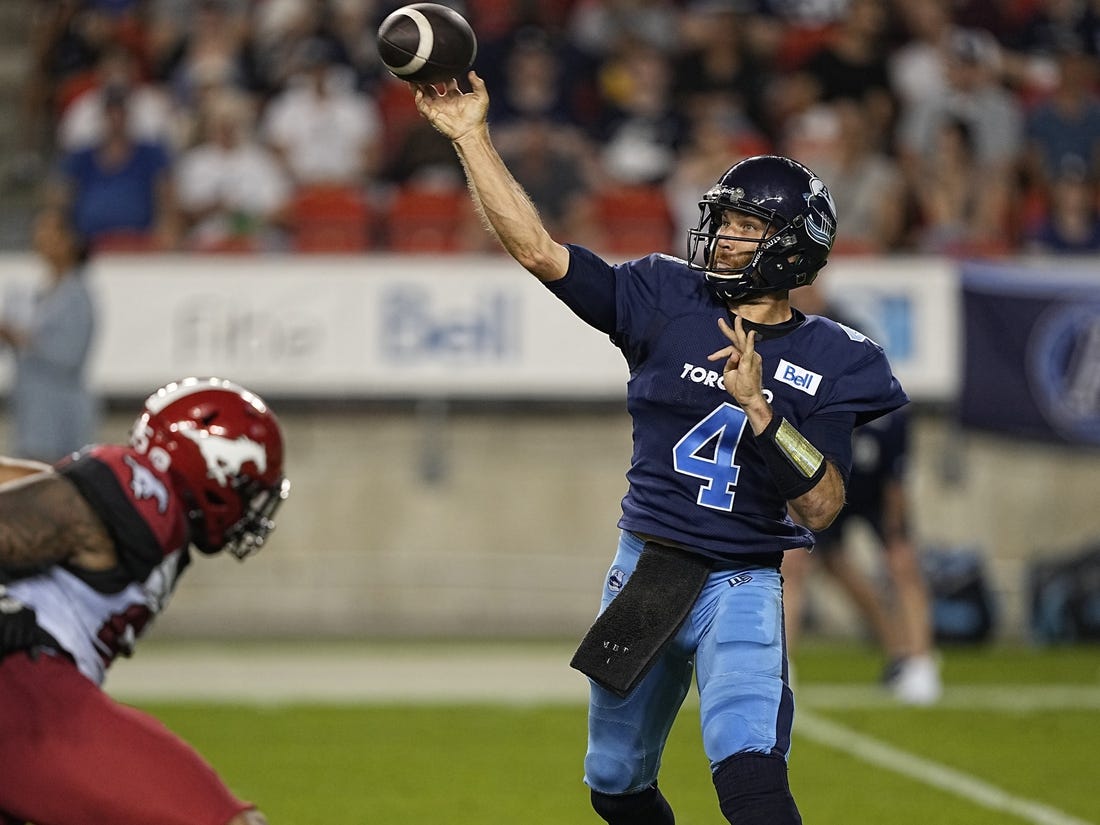 The visiting Toronto Argonauts and Edmonton Eskimos will have streak breaking in mind when they meet on Saturday.

The Elks (4-12) are out of the playoffs but will try to snap a CFL-record 15-game losing streak at home.

The Argonauts (9-6), who lead the Eastern Division, have lost six straight against Edmonton. They achieved their last victory there in 2013.

Toronto quarterback McLeod Bethel-Thompson was 27-of-40 passing for 352 yards and a touchdown, including a 37-yard touchdown to Tommy Nield late in the fourth quarter that provided the game-winning lead. It was Nield’s first career TD catch.

The win followed a 29-2 loss to the Calgary Stampeders on Oct. 1.

“I think what you’re seeing is a team that is able to deal with adversity and that’s why football reflects life,” Bethel-Thompson said. “It’s not about what happens to you, it’s about how you react to it (and) that’s why this game is a beautiful game.”

Bethel-Thompson entered the weekend as the CFL’s leading passer with 4,218 yards.

The Elks lost 48-11 to the host Winnipeg Blue Bombers last Saturday. Elks quarterback Taylor Cornelius was 11 of 24 passing for 137 yards and a TD.

Elks coach Chris Jones said the remaining two games of the season are preparation for next year.

“This is the first day of a new future,” Jones said. “We’re not going to sit there and dwell on the negative.”

Jones wants to simulate a playoff situation in the last two contests.

“This is all an evaluation period from me to the guy who plays the least,” Jones said. “We have two chances to play, and when you get a chance to go to the playoffs, you usually have to win at least two games.”