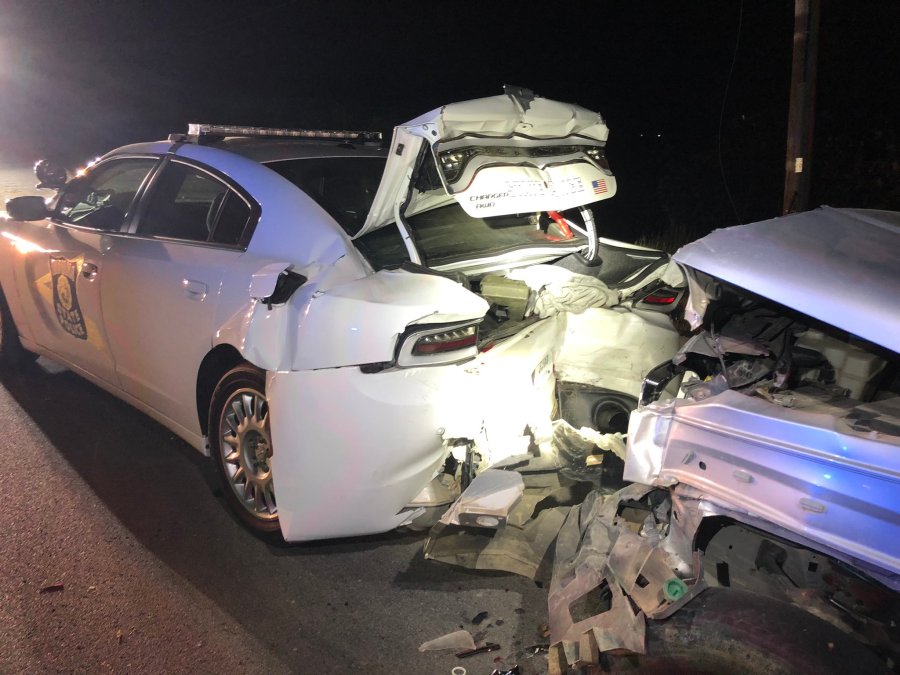 According to Indiana State Police, a state trooper was stopped in the right lane of N. Green River Road when a 2010 Jeep Liberty struck the rear of his patrol cruiser.

Police identified the driver of the Jeep as Kathryn Haase, 18, of Mount Carmel, Illinois. State police said Haase showed signs of impairment and a bottle of Smirnoff was on the driver’s side floor.

Haas reportedly suffered minor injuries as a result of the crash. The officer was not injured.

Haas was arrested on several preliminary misdemeanor charges, including operating while intoxicated, failure to change lanes for a police vehicle and illegal possession of alcohol.