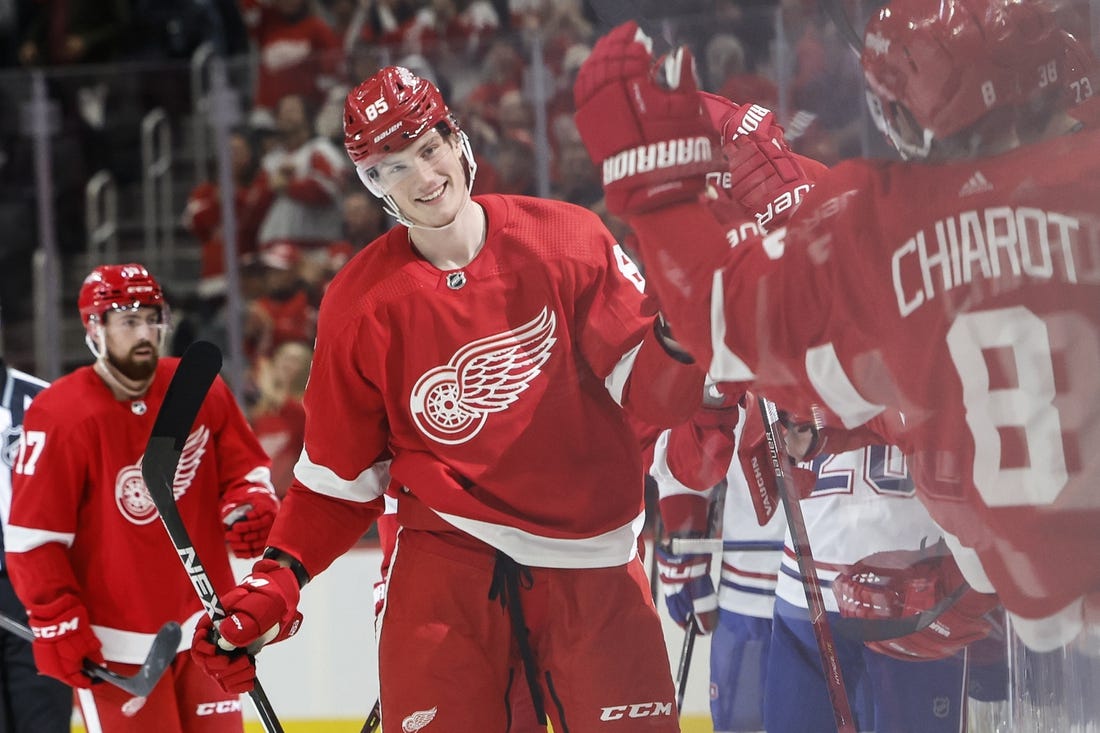 The Detroit Red Wings had a lot of nice debuts Friday night in the season opener. They will try to repeat those performances when they visit the New Jersey Devils on Saturday night.

Detroit opened its season with a 3-0 shutout of Montreal on Friday. Rookie Elmer Soderblom had a terrific NHL debut, breaking the scoreless deadlock on a rebound early in the third period.

Soderblom, the tallest player in Red Wings history at 6-foot-8, played in the Swedish Hockey League the past two seasons.

“He handled himself a lot better tonight than I ever expected,” coach Derek Lalonde said. “As you have seen, I trust him in every situation. He was much more responsible with the puck. He didn’t sometimes get lost in coverage, neither in the neutral zone nor in the D zone, which he did a little bit in our exhibitions. So obviously he was rewarded with a goal.”

Lalonde made his head coaching debut after being a top assistant in Tampa Bay.

“The important thing is not just to get the first win, but to get it the right way,” he said. “We played a complete game tonight. You worry a little about the psyche of playing well and not getting rewarded for the result. We got away with it tonight.”

Ville Husso, acquired in a trade with St. Louis during the offseason, he recorded his fourth career shutout with 29 saves.

“It was nice to win right away. A lot of work still needs to be done,” he said. “I have to get better, but it helps a lot to come in and win.” I didn’t win a game in the preseason, so it was nice to get that tonight.”

The Wings didn’t have much time to celebrate as they headed to the East Coast after the win.

“Quick turnaround,” Lalonde said. “A very good team losing with their first player. This will be a big challenge for us.”

The Devils lost to Philadelphia 5-2 on Thursday. New Jersey outshot the Flyers 37-25, but Philadelphia recorded 28 blocks.

“They put a lot of people in front of the net,” Devils head coach Lindy Ruff said. “There were some perimeter ones where we missed the net. It’s important to get them online and fight for a second chance.”

It was the first career goal for the 20-year-old winger, who appeared in nine games last season. Holtz was the no. 7 overall pick in the 2020 draft.

“I’ve put in so much work to get to this point,” he said. “I was really happy, but unfortunately we didn’t win.”

Jesper Bratt assisted on both of New Jersey’s goals, but the Devils gave up too many quality chances despite their shot lead.

“We didn’t play well enough on defense,” Ruff said. “We got on the wrong side of the puck a few times. We know we have to play better defensively. That’s our focus.”

Although both teams missed the playoffs last season, there was a clear winner in the head-to-head games. The Wings swept the three-game season series, although two of the wins came in April when both clubs played back-to-back.