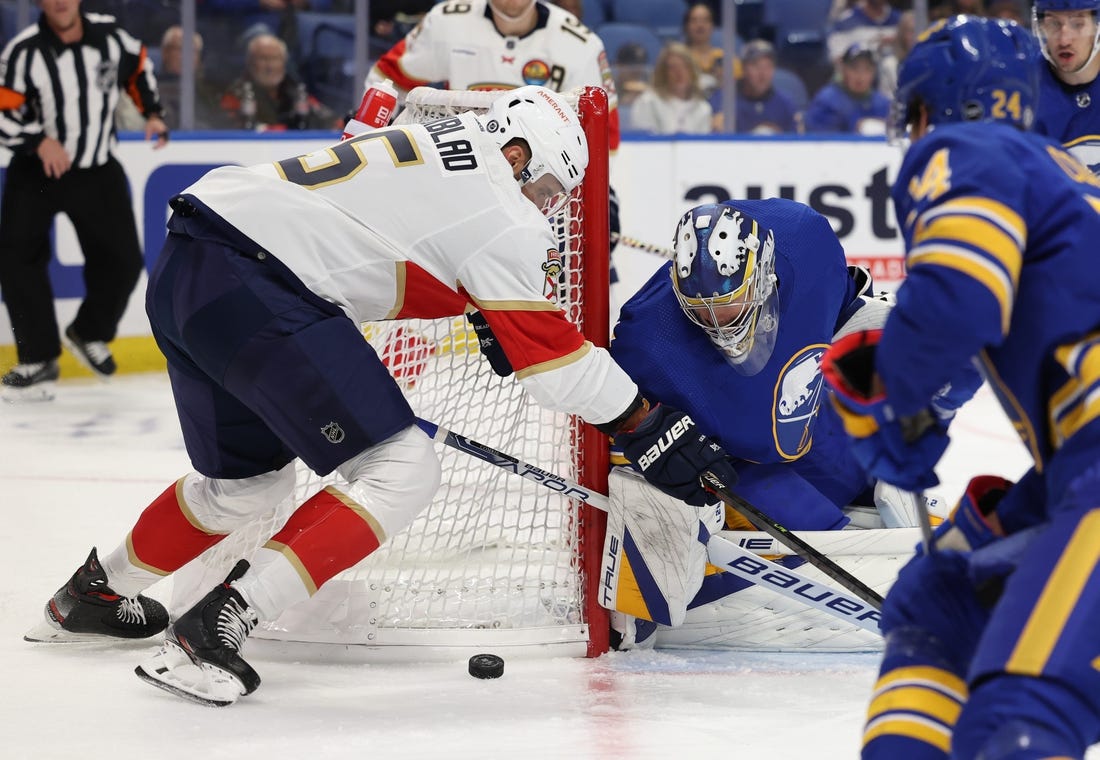 The match ended in a skirmish as several Sabers went at Tkachuk.

In a battle of backup goaltenders making their first starts of the season, Spencer Knight made 24 saves to earn the win.

The teams played to a 2-2 tie in an active first period that featured Buffalo’s 18-8 advantage in faceoffs. Florida had more attempts, however, 29-19.

Tuch opened the scoring at 10:35. He used his speed to get past Marc Staal, who was sipping. Tuch beat Knight with a backhander that went five holes.

White, new to the Panthers this season after opening his career in Ottawa, tied the game about four minutes later on a one-timer from the high post. Eetu Luostarinen received the primary assist for his pass.

Florida took a 2-1 lead 1:51 into the first when Tkachuk – narrowly outside the box – skated to the front of the net and dunked in a rebound off Gustav Forsling’s shot.

Buffalo tied the score 42 seconds later when Girgensons scored from the left circle on a drop pass from JJ Peterka.

With 2:31 left in the second, Ekblad gave Florida a 3-2 lead on a pass from Sam Reinhart. The pass wasn’t perfect, but Ekblad scooped it up and had plenty of open ice for a wrist shot.

The Panthers made it 4-2 on a goal by Montour with 17:45 left in the second. Reinhart started the game with a steal. Tkachuk drove to the net and dove to the slot, where Montour set it up for the goal.

Buffalo cut the deficit to 4-3 just 76 seconds later when Dahlin took a pass from Tuch and scored despite a save by Radko Gudas.