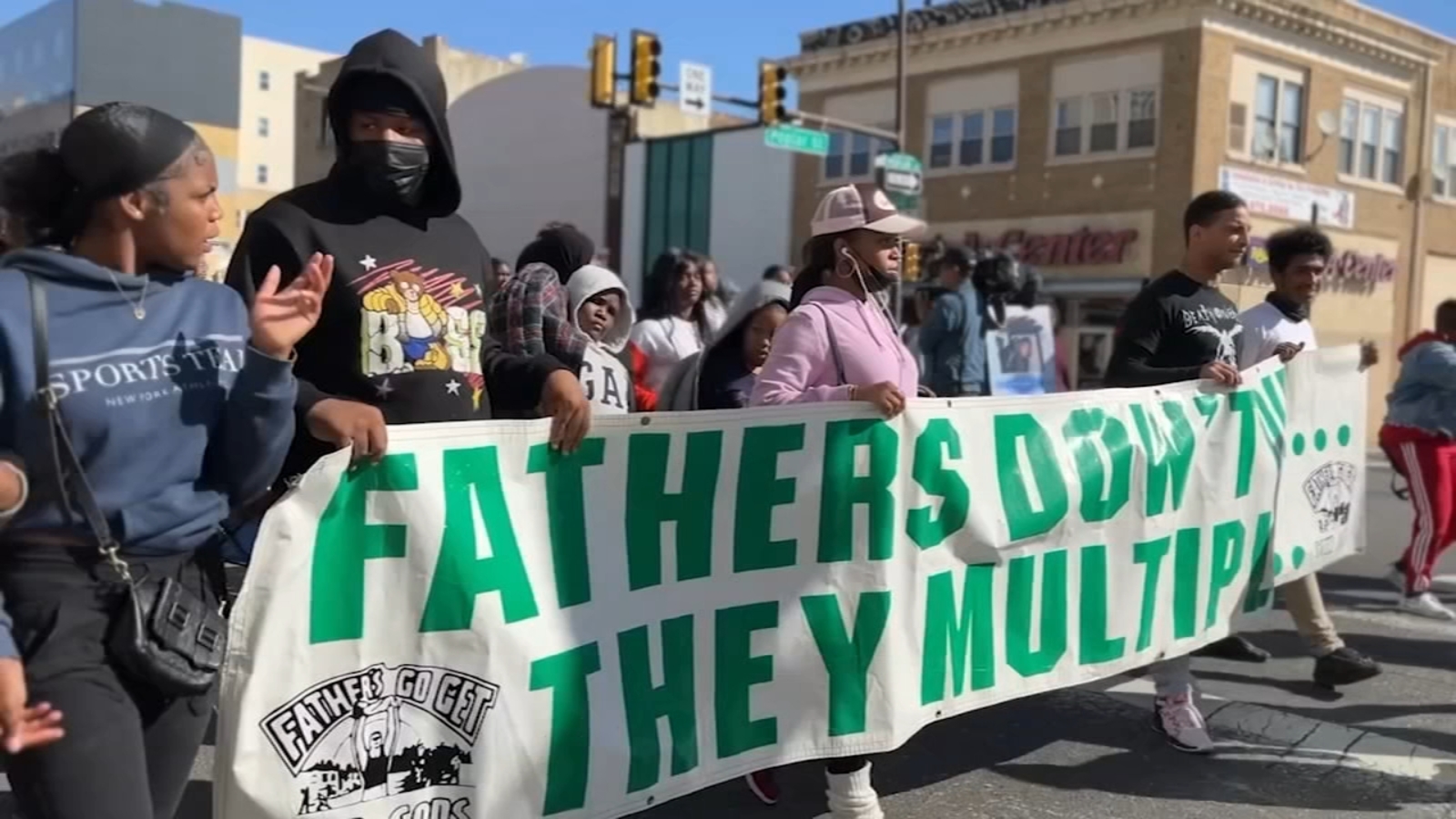 PHILADELPHIA (WPVI) — Dozens of people marched down Broad Street in Philadelphia from Temple University to City Hall on Saturday to protest the violence.

The group “Us Against Gun Violence” organized the march in hopes of making a statement across the city.

“I hope the mayor and all the politicians will hear us that we need help and we really hope we can get the National Guard because our children are dying in record numbers,” said Rowena Faulk, an organizer.

She called the event “March of Millions of Children”.

“It says they’re tired and I want them to age,” she said.

One of her goals was to reach out to young people in the city and show them that gun violence is never the answer.

“When he takes them out to the playground, the rec center, we want them to feel safe. We shouldn’t be running to our cars and not feel safe,” said Ernie Bristow, who brought her grandchildren in March.

The march also brought together activists from across the city, including Jamal Johnson, who walks in Washington DC every year to protest gun violence.

“We need to wake people up to the reality of what’s going on in Philadelphia because it’s clearly not getting the priority it deserves,” Johnson said.

He and other marchers say that with more than 400 murders in the city so far in 2022, it’s time for everyone to step up.

“We didn’t make sure that we created enough outrage to let those in power know that we needed help.

Resources were also available for people who came to the protest, including social workers, recruiters and information on drug and alcohol rehabilitation. Organizers say in order to stop gun violence, we must first help people in the community.