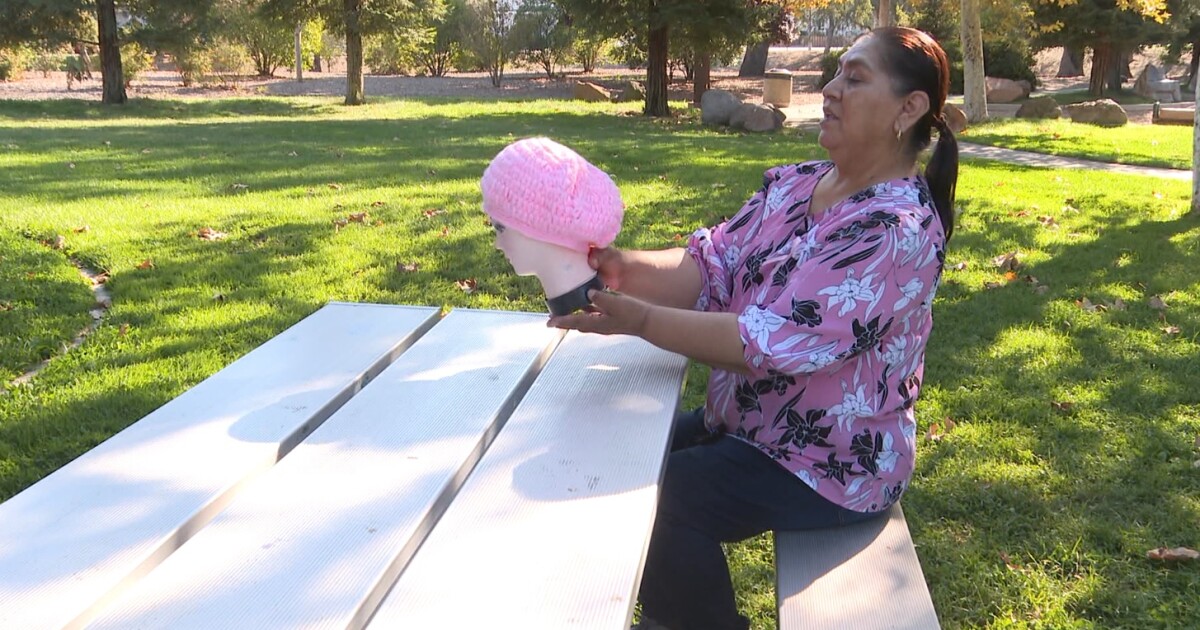 María de los Ángeles Campoverde pours her heart into every pink hat she knits. She made 50 this year.

Campoverde said she makes the caps for women who lose their hair due to chemotherapy.

She is a breast cancer survivor. She was diagnosed back in 2013.

She said the word cancer initially made her feel like it was a death sentence, but it became her motivation to fight.

Her daughter Yessenia Echevarría founded the group Mujeres de Acción eight years ago to advocate for the importance of breast cancer screening.

“As Hispanic women, we often play the role of supporting everyone but ourselves,” Echevarría said.

According to the American Cancer Society’s 2021 report, breast cancer death and incidence rates are 30% lower among Hispanic women compared to white women.

However, in 2018, they found that among women over age 45, the prevalence of updated mammograms was 64% among non-Hispanic white women compared to 60% among Hispanic women.

“What ends up happening especially in the Hispanic community is unfortunately women are then diagnosed with maybe stage 2, stage 3 cancer,” Echevarría said.

Twin Cities Community Hospital Chief of Staff Dr. Michelle Ribas, reminds women not only to do annual tests, but also to listen to their bodies.

Mujeres de Acción is all about sisterhood.

It will be held at Saint Williams Church, located at 6410 Santa Lucia Road, Atascadero, CA.

With the funds raised, organizers hope to donate a wig and financially support a woman facing breast cancer.