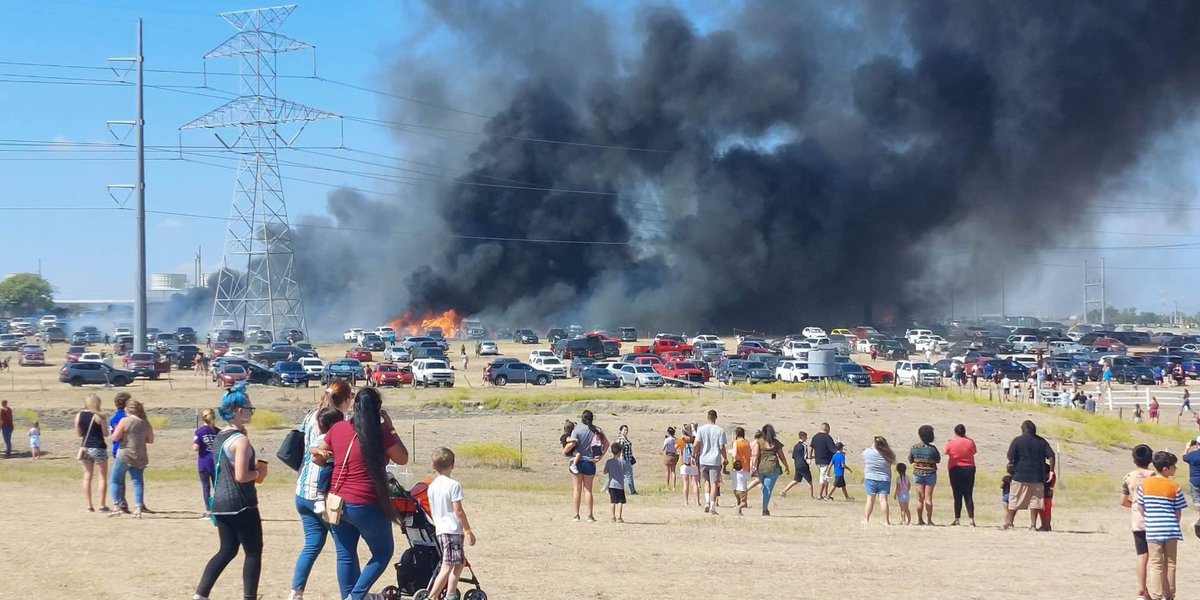 TEMPLE, TX (KWTX) – A fire destroyed more than 70 vehicles in the parking lot of the Robinson Family Farm in Temple on Saturday afternoon.

The Temple Fire and Rescue Department responded to the fire around 1:00 p.m. on October 15. Multiple fire departments from Little River Academy, Troy, Rogers, Salado, Holland, Bartlett and Belton were called to assist.

The first units to arrive found about 10 vehicles on fire in a pasture used for parking, but due to the number of vehicles involved, the East Side Strike Team was called in to bring in additional resources.

Firefighters managed to move some of the vehicles out of the fire’s path, but about 73 vehicles were destroyed.

According to the owner of the farm, no one was injured and no one needed to be hospitalized. A release from Bell County says four firefighters were evaluated and released for heat-related injuries and two participants were checked out after suffering an anxiety attack.

“We would first like to thank all of our employees, first responders and customers who did everything they could to deal with the situation we faced today with the fire in our parking lot,” the owners said. We are very grateful to report that no one was hurt and that is the most important thing to us.”

Tonya Garcia and her daughter Ava were behind the farm when they noticed clouds of dark smoke.

“Then it got blacker and blacker and I walked up to it to see what was going on,” Tonya told KWTX News 10. They said that cars are on fire in the parking lot.”

Jimi Hernandez was also at the farm with his family when he noticed the smoke.

“I saw black smoke, which means it’s just pouring out,” he said. “I was like, I’m going to be back. I started running. I didn’t know what the fire was, but I knew it wasn’t good.”

The Garcia family’s car sustained little damage, although several nearby vehicles were hit. For the Hernandez family, their car is a total loss.

The owners of Robinson Family Farm said they have decided to close the farm on Sunday, October 16, but plan to reopen next weekend.

The cause is still under investigation, but initial reports indicate the fire may have been started by a cigarette that was discarded in the parking lot.