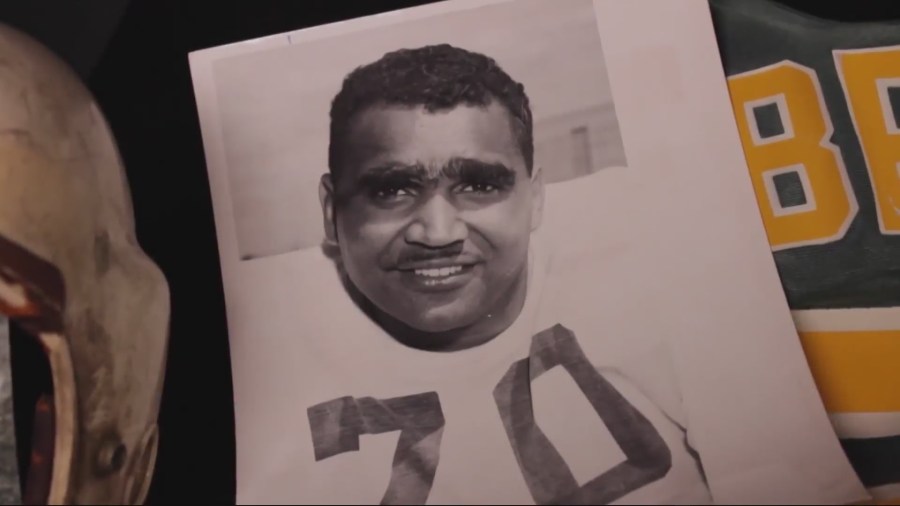 DES MOINES, Iowa — A former star quarterback known for his athletic and academic talent at Drake University will tell his story in a new documentary on Iowa PBS later this month.

Many Iowans remember Johnny Bright as the Bulldogs’ star quarterback from the late 1940s to the early 1950s. He was the favorite to win the Heisman Trophy in 1951. Nationally, however, Bright is remembered as the victim of a powerful, racially motivated attack during a game against Oklahoma A&M, now known as Oklahoma State University.

On an early offensive play in a 1951 game, an OSU lineman chased down Bright, who was not in possession of the ball, and hit him in the face. The impact of the blow broke Bright’s jaw.

Despite the injury, Bright later became a professional football player in the Canadian Football League. He was named one of the league’s most successful players and was eventually inducted into the CFL Hall of Fame in 1970.

Drake University named its football field Johnny Bright Field in 2006 and recently opened the John Dee Bright College of Business in 2020 in his honor.

Craig Owens, dean of John Dee Bright College, said most people only know Bright as a football player, but there was much more to him than that.

“He stands at Drake today as an example of grit, resilience, high caliber teamwork and all-around excellence as a student and athlete,” Owens said.

The new documentary ‘The Bright Path: The Johnny Bright Story’ tells Bright’s life story from where he grew up to his time as an educator and mentor in Canada after his football career ended.

The documentary will premiere on Iowa PBS at 9pm on Monday, October 24th.