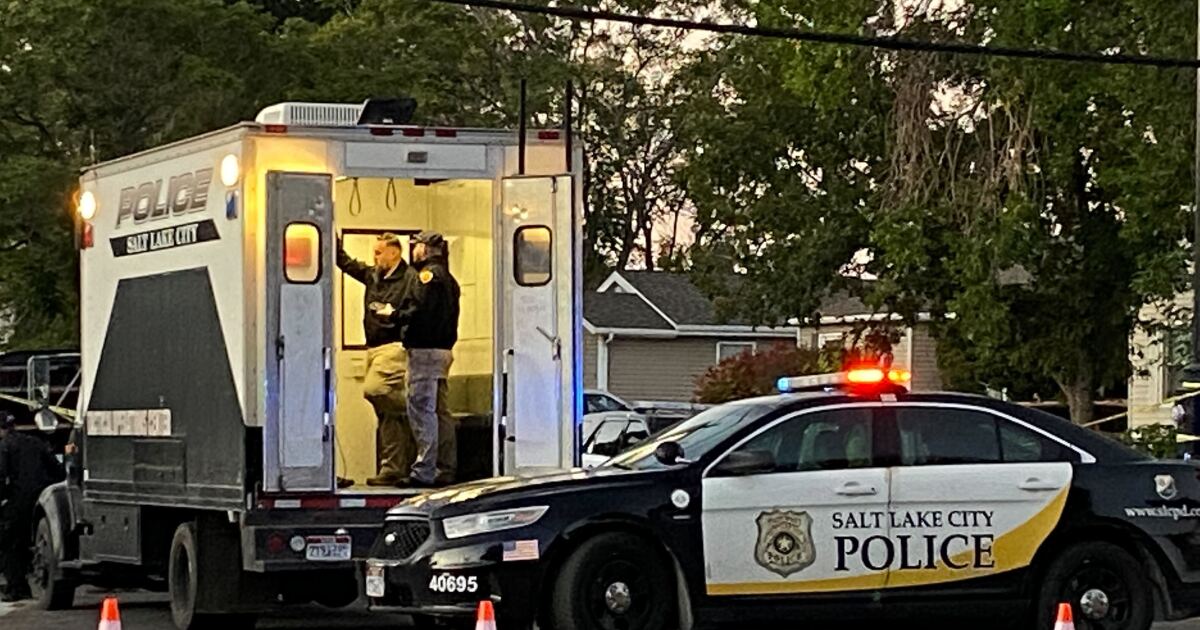 According to a news release from the Salt Lake City Police Department, the investigation began shortly before 3:30 a.m. when dispatch received a call reporting a shooting in the area of ​​500 North Dexter Street. At the scene, officers set up a perimeter around the area and began searching for victims and suspects.

Officers later learned that two men showed up at an apartment complex in the area and tried to kick in the door of one of the apartments. One of the people inside fought back, which led to one of the suspects shooting through the apartment window. Fortunately, no one was injured in the shooting.

The officers then followed a trail of blood to a nearby apartment, caused by an injury the suspect had sustained during an earlier fight. While observing the apartment, one of the suspects went outside, but immediately went back inside when he saw the police.

Later, around 4:00 a.m., one of the suspects, a 31-year-old man, came out and surrendered to the police. The officers later learned that he was related to the victim in the first apartment.

Believing the second suspect was still inside the apartment, the on-scene commander called for crisis negotiations and the SLCPD SWAT team, who attempted to communicate over the public address system.

SLCPD closed North Dexter Street between 500 and 600 North for the duration of the tactical operation, which lasted several hours.

At 7:19 a.m., special forces searched the apartment, but could not locate the second suspect.

Detectives later returned to the scene to continue the investigation. The incident is believed to be part of an ongoing domestic violence matter involving the two suspects and the victim.