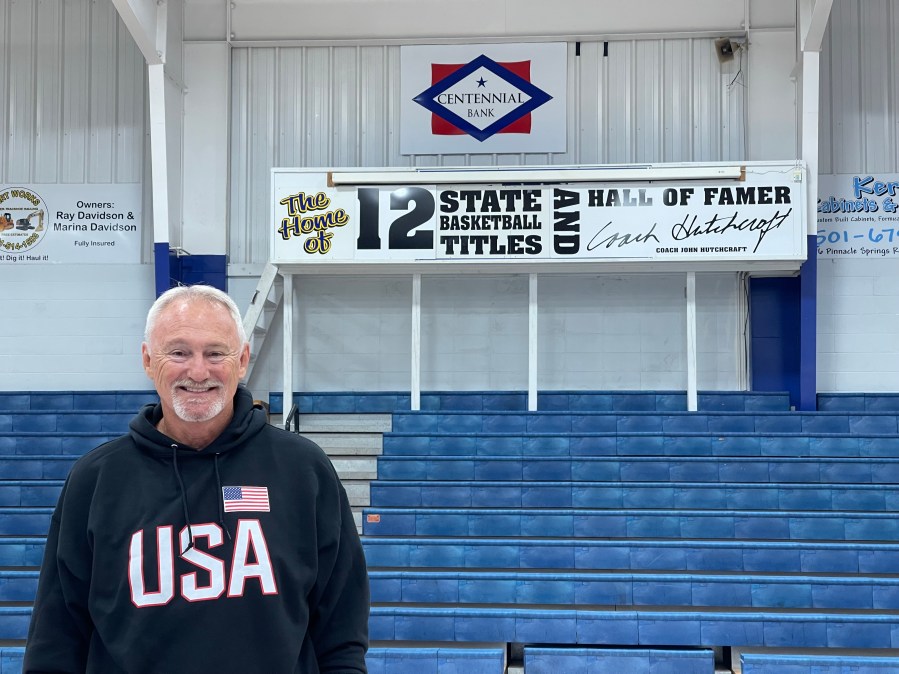 GUY, Ark. – After 40 years of dedication to the basketball court, a former Guy-Perkins School District basketball coach will have his legacy remembered forever by having the court named after him on Friday night.

John Hutchcraft spent 40 years devoting his basketball skills to the court at Guy Perkins, leaving a legacy forever etched on the court.

“Well, it will be exciting. Hopefully it won’t be too emotional,” Hutchcraft said.

After coaching the men’s and women’s basketball teams at Guy Perkins for 40 years, Hutchcraft will have a court dedicated to him.

“This is my first so far, and the only one since I’ve been here so long, but I really appreciate all the support these 40 years I’ve had here. I raised my kids here and someone said well how many kids do you have and I said probably 2,000” , Hutchinson said.

“You know I still remember the big games, of course my kids played for me and they all won state championships, so I remember that,” Hutchcraft said.

He started playing as a boy.

“I started playing basketball in the 3rd or 4th grade, I’ve been playing my whole life, and I played at the University of Central Arkansas,” Hatchcraft said.

He continues to shoot hoops today.

“I know it’s hard to believe because I’m almost 70 years old, but I play for two teams now and have for years, Arkansas Travelers where we play in-state and USA Global where we play other countries,” Hutchraft said.

Hutchcraft said he has no plans to stop playing anytime soon.

“It’s kind of funny to say, but I think I probably could, I can still run and jump, and I enjoy the game, I get excited before the game, I’m thinking maybe around 80,” Hutchcraft said.

He said having a basketball court dedicated to him is something special.

“It’s going to be a combination of a lot of things, I’m going to be pretty happy about that. I remember the big games and sometimes it gets to me,” Hutchcraft said.