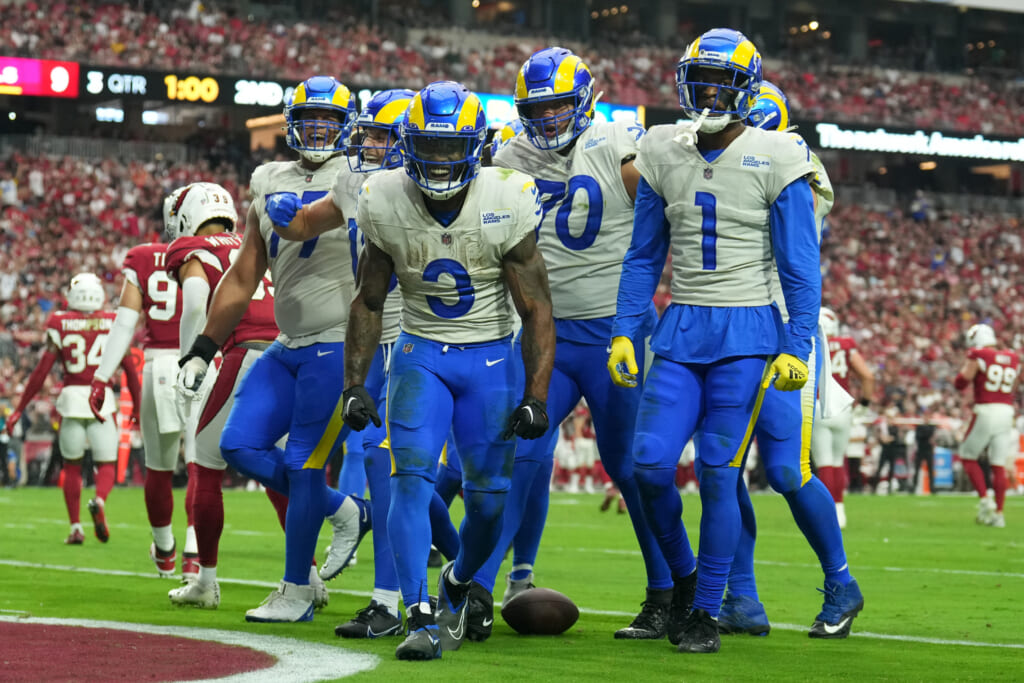 With the relationship between the Los Angeles Rams and running back Cam Akers hitting rock bottom, the organization may soon look to the trade market to address the glaring deficiency that is their offense.

The Rams officially ruled Akers out of Sunday’s game against the Carolina Panthers for “personal reasons” on Friday. The move was unexpected, but it’s not uncommon for a player to miss a game for reasons they and the team don’t want to reveal to the public. However, comments made by head coach Sean McVay after the news, it sure looked like the 2020 second-round pick and the team weren’t on good terms.

The Rams running game has been poor this season. The team was last in the NFL with an average of 62.4 yards per game. As their starting quarterback, Akers has been at the forefront of that in what is shaping up to be his worst statistical year to date. Through five games, Akers has just 151 rushing yards, one touchdown, and is averaging a dismal 3.0 yards per rush.

The Rams’ setbacks aren’t all Akers’ fault, and McVay acknowledged that in his Friday press conference. However, things won’t get any better if the team continues to drop him every week. If things have deteriorated to the point where Akers is traded or cut, Los Angeles must immediately address their running back issues to at least stay in the division title race, before they can further think about trying to repeat as Super Bowl champions .

If the Rams go down the path of improving the running offense outside the organization — which McVay suggested is a possibility — before the Nov. 2 NFL trade deadline, there are some excellent options available. Let’s dive into some of the possibilities.

After firing head coach Matt Rhule, the Panthers are reportedly open to trades over the next month. While it has been hinted that Christian McCaffrey is unlikely to be moved, the Panthers should still consider that possibility if the Rams are willing to make them an offer they can’t refuse. The former All-Pro would be a similar offseason addition to Odell Beckham, Jr. was for the team last year, and could be the missing ingredient that gets them back to the Super Bowl.

Khalil Herbert has impressed this season replacing David Montgomery. That, mixed with the fact that the 2019 third-round pick will become a free agent, is more than enough reason for the Chicago Bears to open the trade dialogue. Obviously, Montgomery isn’t the player that McCaffrey is, but he could certainly take his game to a new level under McVay and would come at a much cheaper price.

With Brian Robinson back on the field and taking over the starting job for the Washington Commanders in Week 6, last season’s starter Antonio Gibson is a must. Losing his job isn’t a great sign, but the Chiefs are a mess, and rushing for over 1,000 yards for the organization last year makes it clear that there is a serious side to him. Washington is in the midst of another losing season and could look for moves before Nov. 2, and the Rams should inquire about the 2020 third-round NFL draft pick.